RICHARDSON, Texas, Oct. 11, 2019 /PRNewswire/ — Generous support from alumni, friends, corporations and community partners continues to drive progress at The University of Texas at Dallas. In 2018, philanthropic gifts totaled $145.9 million, followed by $92.6 million in 2019, marking the two most successful fundraising years at UT Dallas. 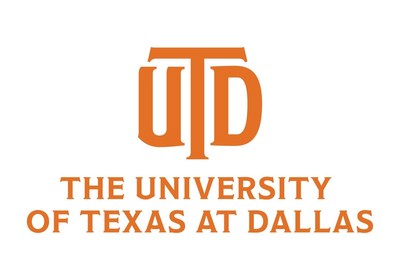 Historic gifts of art played a substantial part in the recent fundraising success. Announced late last year, the Barrett Collection of over 400 works of Swiss art marked the single-largest donation ever made to the University, as well as the largest gift of art to any school in The University of Texas System. Within months, the entire collection of the Trammell and Margaret Crow Museum of Asian Art, along with $23 million of support funding, was donated to UT Dallas. Dallas philanthropist and UT Dallas Center for BrainHealth supporter Beatrice «Bea» Wallace also invested $5 million in the expansion of arts at the University, inspired by UT Dallas’ increased commitment to and appreciation for the arts.

«For half a century, philanthropic support has played a significant role in the evolution of UT Dallas, and it is increasingly vital as we build upon our momentum over the next 50 years,» said Kyle Edgington PhD’13, vice president for development and alumni relations. «Recent results are certainly impressive, but beyond the giving totals, the growing endowment and increasing gift and donor numbers are a testament to the alignment of the University’s teaching and research mission with the giving priorities of our supporters.»

The number of individuals, companies and foundations who contribute to UT Dallas has steadily increased over the past decade. While alumni giving nationwide is declining, the number of UT Dallas graduates who donate to their alma mater has continued to increase year over year since 2013. In fiscal year 2019, more than 7,700 total donors made nearly 13,650 contributions to UT Dallas, a 78% increase in gifts over the previous two-year period.

Efforts such as Comets Giving Day, a fundraising initiative launched in 2017, provide opportunities for the UT Dallas community to come together in support of the University. During the third annual event in April, donors made 2,276 gifts in an 18-hour period, driving a 58% increase in overall results compared to the previous year.

«Gifts of every size make a difference,» Edgington said. «When considering the aggregate impact of private support, it is evident that philanthropy provides the degree of excellence that over time differentiates world-class institutions.»

In 2009, the University’s endowment was valued at $195.1 million and included 170 individual endowment funds. Today, the overall endowment exceeds $558 million and represents more than 670 endowments, 149 of which were established over the past two years under the leadership of UT Dallas President Richard C. Benson.

«Endowed funds provide a perpetual source of support crucial to all great universities,» said Benson, who holds the Eugene McDermott Distinguished University Chair of Leadership. «Individuals who establish such funds are essentially making an everlasting gift to UT Dallas in support of students, faculty, programs or whatever is meaningful to that donor.»

In 2018, a $5.5 million gift from the estate of Maurine Johnson, who was the original first lady of UT Dallas as the wife of Dr. Francis «Frank» Johnson, the University’s first acting president, created eight endowments and became the largest planned gift to the University. The contribution established the Francis S. and Maurine G. Johnson Distinguished University Chair, as well as seven additional chairs in the School of Natural Sciences and Mathematics.

«UT Dallas has benefited from a long history of philanthropic gestures, and the resulting transformation of campus and impact on the region is all thanks to such tremendous generosity,» said Mike Brodie BS’76, chair of the UT Dallas Executive Board. «With the enthusiastic support of alumni, donors and friends, UT Dallas is well positioned to continue its rapid growth for the next 50 years and beyond.»

SOURCE University of Texas at Dallas