DALLAS, May 31, 2017 /PRNewswire/ — Former Cleburne High School Head Football Coach Jeff Merket formally filed a charge of discrimination with the United States Equal Employment Opportunity Commission on Tuesday, alleging age discrimination and unlawful retaliation. Merket made national news in April after his forced resignation letter spelled out a lack of support Merket received as head coach, as well outlining retaliation Merket experienced because of his support for former Cleburne Athletic Director Pam Lea. Lea also filed charges of discrimination against CISD, specifically pointing to CISD’s new superintendent, Kyle Heath, who she claimed reassigned her because of her age and gender.  Lea’s lawsuit, which was scheduled to go to trial in June 2017, recently settled. 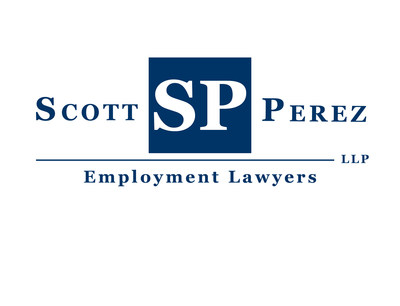 «It’s pretty clear once Heath came to Cleburne, his goal was to remove anyone who didn’t fit his notion of what an athletic department should look like,» said Matt Scott of Scott | Perez LLP, Merket’s attorneys. «Heath didn’t think an older woman should be the AD, so he replaced her with a much younger man. Then he targeted Coach Merket because Coach Merket was loyal to Pam Lea, because Coach Merket saw that Pam Lea’s removal was unlawful, and because Coach Merket wouldn’t go along with Heath’s way of doing things.» Scott pointed to CISD’s recent hiring of Casey Walraven as Merket’s replacement as evidence of age discrimination and the larger problems at CISD.

«I’m sure Walraven is a fine coach, and who knows, maybe he’ll have success at CISD, because unlike Coach Merket, he’ll certainly have Heath and Walker’s full support,» Scott said. «But, he’s 39 years old, which shows the age discrimination against Coach Merket. And, it’s telling that he was a 3A coach. A large 5A district like Cleburne, you would expect them to be able to attract more experienced, larger district talent. It seems as though more experienced people are steering clear of Cleburne because of all the turmoil.» Scott also pointed to the resignation of volleyball coach Timmi Blackshear, as well as the protests surrounding the treatment of English teacher Stephanie Sisc and Theater Director Lisa Wright, as further evidence of the disruption Heath has brought with him to Cleburne. «There’s more, and eventually it will all come out. But Heath in particular, and his chosen AD, Mark Walker, appear to have sown a whole lot of discontent throughout CISD.»

To view the original version on PR Newswire, visit:http://www.prnewswire.com/news-releases/scott–perez-llp-former-cleburne-high-school-head-football-coach-files-discrimination-charges-300466516.html