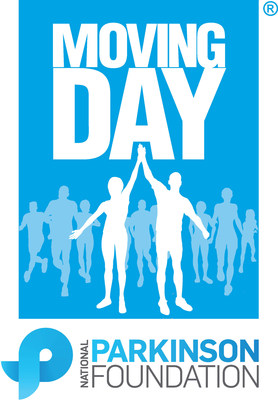 Through monies raised by Moving Day®, a grassroots and fundraising awareness walk, the foundation invests in local Parkinson’s programs for health, wellness and education programs. Moving Day also supports national efforts by investing in the Center of Excellence network that delivers expert care to more than 100,000 Parkinson’s patients worldwide; by funding cutting-edge research like the Parkinson’s Outcomes Project, aimed at better treatment and care; by providing free patient resources for patients and their families, such as a toll-free Helpline (1-800-4PD-INFO) and the life-saving Aware in Care hospital kit.

«African Americans with Parkinson’s disease in the greater Chicago area are underrepresented in the movement disorder clinics in Chicagoland and across the country. In order to address the needs of this specific community, we are thrilled to partner with the Parkinson’s Foundation to create an African American Parkinson’s Disease Center that will determine unmet needs, provide clinical resources and establish a research repository for these patients,» said Deborah Hall, MD, PhD, Associate Professor, Rush University Medical Center, a Parkinson’s Foundation Center of Excellence.

The 2017 community grant offerings focus on:

Community grants from funds raised in the fall walk season fund local services in each of the following cities:

Moving Day®, A Walk for Parkinson’s, has raised $14 million dollars since it began in 2011 and is taking place in 23 cities across the United States. Moving Day is made possible, in part, through the generous support of our National Partners: Abbvie, Lundbeck, Right at Home and Sunovion.

About Parkinson’s Disease (PD)
Affecting an estimated one million Americans and ten million worldwide, PD is the second most common neurodegenerative disease after Alzheimer’s and is the 14th leading cause of death in the United States. It is associated with a progressive loss of motor control (e.g., shaking or tremor at rest and lack of facial expression) as well as non-motor symptoms (e.g., depression and anxiety). There is no cure for PD and 60,000 new cases are diagnosed each year in the United States alone.

To view the original version on PR Newswire, visit:http://www.prnewswire.com/news-releases/the-parkinsons-foundations-fall-moving-day-walks-fund-local-parkinsons-programs-300470654.html