RIO GRANDE VALLEY, Texas, May 5, 2017 /PRNewswire-USNewswire/ — Today, five high schools within the IDEA Public Schools network in the Rio Grande Valley were ranked among the top 10 most challenging high schools in America by The Washington Post. This is the second consecutive year IDEA has been represented in the annual list of rankings, reflecting the rigor and success of IDEA’s college-going culture. 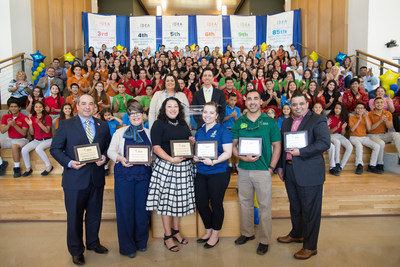 The results came in just days after IDEA celebrated its annual College Signing Day event, where 674 seniors revealed their college choice to an arena full of family, friends, teachers, and staff. Just last week, seven IDEA high schools were also listed on U.S. News and World Report‘s annual list of best high schools in the nation, four of which received a gold medal ranking for college readiness and high rankings on the list.

In The Washington Post’s annual ranking of America’s Most Challenging High Schools, six IDEA Public Schools high schools were ranked among the most challenging in the nation.  More than 2,500 public high schools across the country were analyzed in order to determine the ranking.  Specifically, The Washington Post analyzed the number of students who participated in Advanced Placement and/or International Baccalaureate tests in relation to the overall size of the high schools graduating class.  The Washington Post index considers college test participation a better measure of school success than test scores.

All of IDEA’s eligible College Prep high schools were ranked as the most challenging high schools nationwide including:

«Now, more than ever, IDEA is committed to ensuring we have the right people, academic programs, and systems in place for the more than 100,000 students we will serve across the nation by 2022,» said Tom Torkelson, CEO of IDEA Public Schools. «With our continued dedication to rigorous coursework and emphasis on college matriculation, we know that our students will graduate IDEA ready for college and beyond. We couldn’t be more proud to have our schools in the Rio Grande Valley ranked on this list, among the best high schools in the nation.»

About IDEA Public Schools
IDEA Public Schools believes that each and every child can go to college. Since 2001, IDEA Public Schools has grown from a small school with 150 students to the fastest-growing network of tuition-free, Pre-K-12 public charter schools in the United States. IDEA was recently named America’s Best Charter School Network and boasts national rankings on The Washington Post and U.S. News & World Report’s top high schools lists. IDEA serves nearly 30,000 college-bound students in 51 schools across three Texas regions and is on-track to maintain its legacy of sending 100% of its graduates to college. 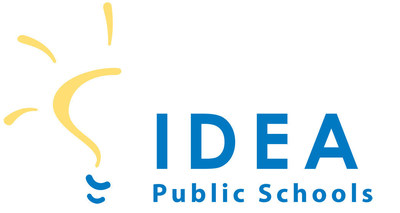 To view the original version on PR Newswire, visit:http://www.prnewswire.com/news-releases/the-washington-post-ranks-five-idea-high-schools-among-top-10-most-challenging-high-schools-in-the-nation-300452530.html