DALLAS, July 24, 2017 /PRNewswire-USNewswire/ — Amid record-high airline travel this summer, the American Heart Association – the world’s leading voluntary health organization devoted to fighting cardiovascular disease – is debuting Hands-Only CPR training kiosks at select international airports across the United States, providing even more opportunities for travelers to learn how to save lives. Beginning today, Cleveland Hopkins International, Cincinnati/Northern Kentucky International and Orlando International airports will feature training kiosks where the public can learn Hands-Only CPR in about five minutes while they wait for their flights. This brings the total number of airport kiosks, supported by Anthem Foundation, the philanthropic arm of Anthem Inc., to seven in the United States. 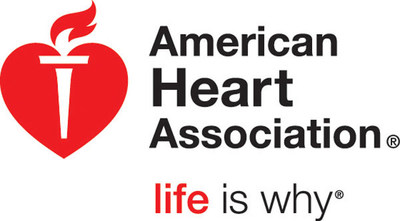 Each year, more than 350,000 cardiac arrests occur outside the hospital, and about 20 percent occur in public places such as airports. Hands-Only CPR has been shown to be as effective as conventional CPR for cardiac arrest when it occurs in public, and CPR can double or triple a victim’s chance of survival. The interactive kiosks are designed to train large numbers of people on this simple, lifesaving technique.

Hands-Only CPR has two steps, performed in this order: when you see a teen or adult suddenly collapse, call 911. Then, push hard and fast in the center of the chest until help arrives. Each kiosk has a touch screen with a short video that provides an overview of Hands-Only CPR, followed by a practice session and a 30-second test. With the help of a practice manikin, or a rubber torso, the kiosk gives feedback about the depth and rate of compressions, as well as proper hand placement – factors that influence the effectiveness of CPR.

The latest kiosks will include new features and enhancements such as:

«Our nation’s airports have proven to be a great way to extend our educational campaign to train people on the lifesaving skill of Hands-Only CPR and, help meet the Association’s goal to double bystander response by 2020,» said Craig Samitt, MD, chief clinical officer at Anthem, Inc. «By expanding the availability of the training kiosks, we’re hopeful that more people will feel confident to administer Hands-Only CPR on a stranger or someone they love.»

Airports represent an opportune setting to train the public in Hands-Only CPR at kiosks, according to a study recently published in Resuscitation. Researchers evaluated data from the Association’s pilot kiosk at DFW International Airport during a 32-month period. The study showed there was noticeable interest by the public to learn Hands-Only CPR as nearly 23,500 visitors used the kiosk from July 2013 to Feb. 2016.

«Only 46 percent of people who suffer an out-of-hospital cardiac arrest receive bystander CPR before professional help arrives,» said Clifton Callaway, M.D., Ph.D., a volunteer on the Association’s Emergency Cardiovascular Care committee and professor of emergency medicine at the University of Pittsburgh. «The airport kiosks have proven to be an invaluable approach to introduce CPR to people, making it more likely they’ll respond if they encounter a cardiac arrest victim outside the hospital.»

The new kiosks will be located in the following spots:

To learn more about the Hands-Only CPR campaign and be prepared to save a life, visit heart.org/handsonlycpr or facebook.com/AHACPR.

In 2009, the Association launched a nationwide Hands-Only CPR campaign to raise awareness about this lifesaving skill. The campaign is supported nationally by an educational grant from the Anthem Foundation. Since 2012, nearly 9.7 million people have been trained in Hands-Only CPR via events, training kiosks and video education with the Foundation’s support.

About the American Heart Association
The American Heart Association is devoted to saving people from heart disease and stroke – the two leading causes of death in the world. We team with millions of volunteers to fund innovative research, fight for stronger public health policies and provide lifesaving tools and information to prevent and treat these diseases. The Dallas-based association is the nation’s oldest and largest voluntary organization dedicated to fighting heart disease and stroke. To learn more or to get involved, call 1-800-AHA-USA1, visit heart.org or call any of our offices around the country. Follow us on Facebook and Twitter.

About the American Stroke Association
The American Stroke Association is devoted to saving people from stroke — the No. 2 cause of death in the world and a leading cause of serious disability. We team with millions of volunteers to fund innovative research, fight for stronger public health policies and provide lifesaving tools and information to prevent and treat stroke. The Dallas-based association officially launched in 1998 as a division of the American Heart Association. To learn more or to get involved, call 1-888-4STROKE or visit StrokeAssociation.org. Follow us on Facebook and Twitter.

The American Heart Association/American Stroke Association receives funding mostly from individuals. Foundations and corporations donate as well, and fund specific programs and events. Strict policies are enforced to prevent these relationships from influencing the Association’s science content. Financial information for the American Heart Association, including a list of contributions from pharmaceutical companies and device manufacturers, is available at http://www.heart.org/corporatefunding.

About Anthem Foundation
The Anthem Foundation is the philanthropic arm of Anthem, Inc. and through charitable contributions and programs, the Foundation promotes the inherent commitment of Anthem, Inc. to enhance the health and well-being of individuals and families in communities that Anthem, Inc. and its affiliated health plans serve. The Foundation focuses its funding on strategic initiatives that address and provide innovative solutions to health care challenges, as well as promoting the Healthy Generations Program, a multi-generational initiative that targets specific disease states and medical conditions. These disease states and medical conditions include: prenatal care in the first trimester, low birth weight babies, cardiac morbidity rates, long term activities that decrease obesity and increase physical activity, diabetes prevalence in adult populations, adult pneumococcal and influenza vaccinations and smoking cessation. The Foundation also coordinates the company’s year-round Associate Giving program which provides a 50 percent match of associates’ pledges, as well as its Volunteer Time Off and Dollars for Doers community service programs. To learn more about the Anthem Foundation, please visit http://www.anthem.foundation and its blog at http://anthemfoundation.tumblr.com. 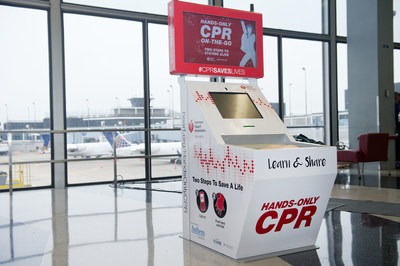 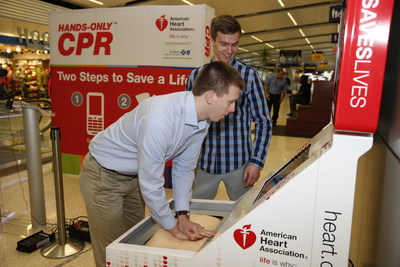